I want to share the recipe that took me from a liver hater to a liver lover!

I think the world’s divided into three groups when it comes to liver:

A small minority who love it.

A slightly bigger group who have tried it and don’t like it.

A vast majority who haven’t tried it (and are convinced they won’t like it).

Which group are you in?

The reviews on our liver shopping page are a testament to the love affair many people have with liver.

I used to be in the middle group - but I recently realized my negative bias was based on two things - I wasn’t cooking it right and I hadn’t had my own Heartstone Farm grass-fed beef liver.

So now I’m in group #1 - and I’m here to share how I now cook beef liver and why it made all the difference.

Here’s the biggest thing I can share - don’t overcook it. That right there will probably turn you from a hater to a lover. You want a bit of pink - no more, no less.

The ingredients for this recipe are bacon, milk, onions, and butter - and salt. Don’t skimp on the salt. (By the way, salt is not nearly as bad as you might have thought.)

I like to have liver about once a month. It’s such a healthy meat, and I think you’ll love it - if you cook it right.
CLICK HERE TO SHOP FOR HEARTSTONE FARM GRASS FED BEEF LIVER 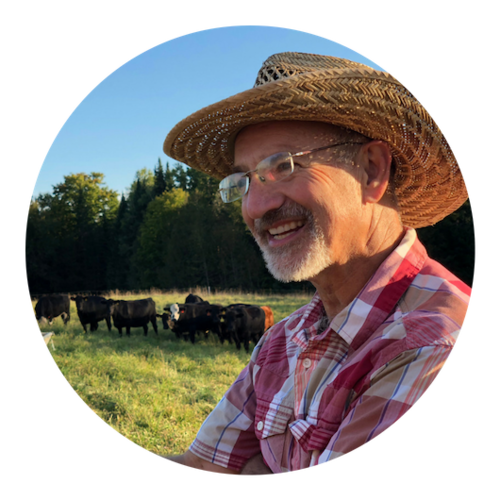 Dan Kaplan (aka Farmer Dan) has been raising grass fed beef cattle for the past six years. Prior to becoming a farmer, Dan was a serial entrepreneur - launching and operating tech and media businesses for over 35 years. Dan grew up in the Midwest (Kansas and Ohio). He has three children in their 20’s.

Once I was making liver and onions, with mushrooms. Suddenly I was teken to a space ship by some sort of energy force. I arrived in a room with some strange little beings. I could only see their eyes, which seemed to constantly change color and pattern, like one of those kaleidoscope toys, fascinating. I don’t think they were actually talking to me, but somehow we were communicating via some mental process. They asked me why was I placing those animal parts, with the chopped up vegetables, and the parted mushrooms in a pan of hot oil and butter after soaking the meat in milk. After I explained I was trying to cook liver they left the room a few moments. When they returned they explained I had an incurable virus and next thing you know I was back in the kitchen standing in front of the stove cooking liver.

Just wondering what you do with the mushrooms listed as ingredients, but not mentioned in the recipe?